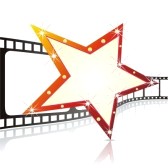 I've been thinking that perhaps there might
be MANY a few of my Blog friends that need to
be reminded that I have movie credentials.
(aka Movie Star/Celebrity credentials)
If you're a new friend of mine you might
not be aware of this fact.
I don't like to brag, ok, maybe I like to brag a little,
but I thought you'd want to know that
"my" movie
has now debuted locally.
You can read all about my filming
experience HERE.
Now, some 3+ years later,
here is the "rest of the story". 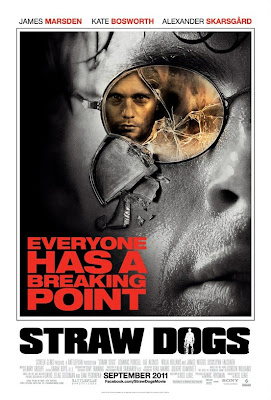 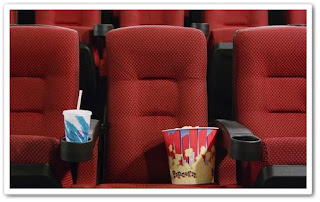 Did I mention there was lots of
VIOLENCE??!! 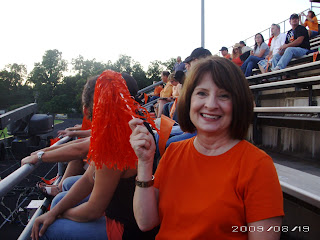 I did see the portion of the movie which
was filmed at the football field -
the part I was there during
STARRED in.
No, I did not have "face-time"
but I'm sure it was an oversight
by the editor,
'cause I was fabulous sitting
in the stands, wearing my orange shirt,
and cheering for the make-believe
football team;
I have a check of $116.00 to prove it.
(well, I had the check, but it
has long since been cashed)
My recommendation -
Do.Not.See.This.Movie.
You can follow an ambulance
and see blood, guts & gore
for free.
And you can also stop by
here and visit with me
any ol' time of the day!

Does not sound like my kind of movie. But I will say you made me smile anyhow, You are funny!

Too Funny. I was just wondering about this the other day. I remember when you went to "star" in the movie. Thanks for the update.

Sounds like an interesting experience, but not an outcome you can really be glad for.

My husband and I were also in the stands for the movie "Angels in the Outfield" which was filmed at the Oakland Coliseum back in 1994. I even met Danny Glover and got his autograph. I was hoping to also get Tony Danza's but he wasn't present that day. Anyways, the scene where the guy went to catch the ball and his hand went through the outfield wall, we were right by that but like you, didn't make camera time.

Okay...I just read your original post about your experience and since it looks to be a school football field, I'm gonna guess that they didn't use cardboard people like we had at the Oakland coliseum...lol! Trying to fill the Oakland Coliseum would require quite a bit more people..LOL!

Maybe I will rent the movie on DVD and will fast forward to the part with you in it, pause it, and scour every inch of the screen until I see you?

Girl, you crack me up! You're the only person I know who has a "zanier" life than me! ;)

Oh, wow!!!!! A movie star.....impressive. But you gave a good warning and I don't like guts and gore! I can't believe you didn't get face time! Really!

Thanks for the heads up. Not that the Hub could drag me to a drama like that anyway. Besides, it's my turn to pick the movie and I always go for a comedy. I have never gone to a casting here in OKC, but might give it a try sometime! Looks like you had fun!

Wow, I am SO impressed! Can I have your autograph?

I didn't realize that you were a bonafide celebrity! I'm totally impressed and want your address. In case the producers come calling, can I be your agent? Sounds like you were paid well for your moment of fame! May many more movies come your way...without the blood and gore.

The photo of you is great!!! Not my kind of movie, for sure.

Yeah, we don't usually go to the R rated ones either. We're not so much on blood, violence, and that sort of thing. But still - how fun that you got to be an extra!

Just saw the trailer the other day on TV and knew immediately it was not my kind of movie. Thanks for the review.