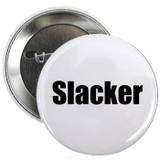 Calling all "Slacker Cooks".
It's that time again - "Slacker Tuesday"!!
Not only is this weeks Slacker Recipe tasty,
but it's very inexpensive.
Can it get any better??

2 C chunked, cooked, Chicken
32 oz. Swanson Chicken Broth
6 8" Flour Tortillas
This is as much a "method" as it
is a recipe. Here is how I prepare this.

I put 3 chicken breasts in the crockpot
and let them cook for 3 hrs.
Remove from the crockpot and let cool.
Cut into chunks and refrigerate to
use later.

When I am ready to prepare the
dumplin's I put the Chicken Broth
in a large covered soup pot and bring
to a boil. While waiting for broth to
boil I cut the Flour Tortillas into
dumpling size pieces with a
pizza cutter (you could use a knife).
Once the broth is boiling drop the
Tortilla pieces in by the handful,
stirring slowly as you add them.
Let cook until tender, being careful
not to overcook or to let the pot boil dry.

*water can be added to the pot if
the broth boils down.

That sounds way to easy - I bet even I could handle that!!

Another recipe right up my alley!

Stopping in to say hi and I'm loving reading your blog GF!

Since you are a super slacker cook, or is that just slacker, but your super? Whatever. Either way. Need your help if you can spare me a little time. Email me. simply.b.simply.me(AT)gmail(DOT)com