This post is the stark opposite of yesterdays post.  Yesterday I talked of honesty by a complete stranger; today I talk of dishonesty by someone who was thought to be a friend.

Our oldest granddoll is 13.
She loves the glitz and glammor of make-up and fashion - nothing unusual for a girl her age.  She also loves the Kardashians.  She watchs their TV program and thinks they are "beautiful".  When we asked her what one thing she especially wanted to see/do while in NYC she said she wanted to go to the Kardashian boutique, "Dash".  So, we made a special trip to SoHo so she could "live her dream".  She had bought some souveniers for her family but was saving her "mad money" to purchase something special from the boutique. 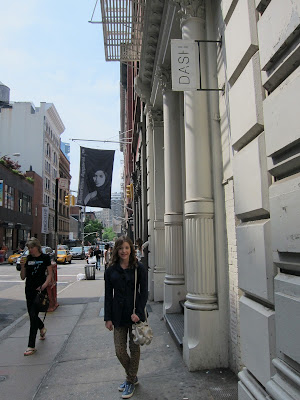 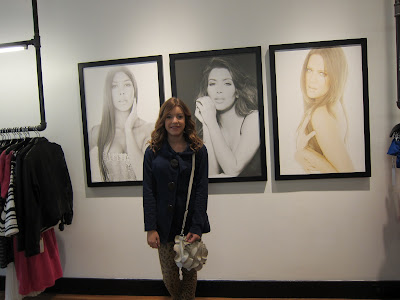 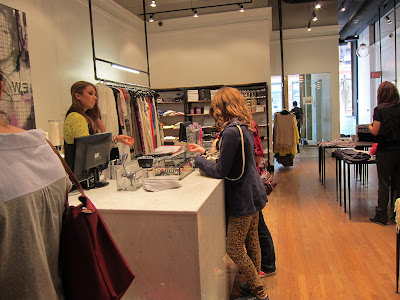 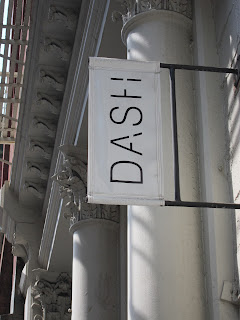 Everything was quite pricey for the budget
of a 13 year old.
She had a tough time deciding how to spend
her money.  She asked my opinion and I
suggested she call her Mom.

When it was all said and done she purchased
a $50 pr of yoga pants with the "Dash"
logo on them.  She loved them.
(She even bought them a bit large so
she could wear them
for a loooong time.)
She slept in them that night.
She wore them on the flight home.
The next night she wore them
to a sleep-over at a friend's house.

The next morning they were GONE!

She had changed into pj's around 2 am
and the next morning they were not
in her bag.  She discreetly looked
through the girl's bags; the pants
were not there.  Two of the girls
had already left, so she feels certain
one of them took the pants.

What a shame. The thief is going to have that festering in her heart for a long time to come.

I'm so sorry this happened and sincerely hope the dishonest one chooses to come forward and correct the error of her ways.

That is horrible! I'm sorry that happened to her!

That makes me so mad I could spit nails! I hope whoever took them has a mother that will question it when they see them, and make sure they are returned!!! Pathetic!

This makes me so mad. I hate dishonesty and stealing.. errrrr. Mean girls is right!

This makes me mad. Teen girls can be so mean...ugh.

That is just rotten! I'm mad too!

Ugh! It doesn't help the situation but people usually get their proper justice somewhere in life...or AFTER life.

Oh bless her heart. She should of slept in 'em again.

It hurts my heart that girls can be sooo mean.

God bless and have a beautiful day sweetie. :o)

I'm so sorry your grand doll had her prized possession ripped right from her hands from a supposedly friend.
I know it doesn't help but this sticky finger girl will live to regret this. They are one of a kind, she cannot wear them unless she wants to advertise her crime, which I doubt.

I'm just thankful you had such a wonderful experience the day before with a stranger. That young man went to bed smiling knowing he did the right thing.
Hugs C

Oh my goodness. How your heart must ache for her. I would be calling the Moms of these girls to see is maybe the pants were "accidently" in their bags.

Mean girls should get caught.

What goes around comes around it is hard for a teen to know that but it does.
so sorry she lost her yoga pants.
Cathy

I would be calling parents. DEFINITELY!!

I'm with Say What above...I hope the girls mom sees them and investigates where they come from. What an awful betrayal between friends.

I know I'm the Mom of 4 boys..now all grown...but I would call every Mom of every girl from the sleep over and ask them to check their kids stuff to see if anything new showed up...I'm so sorry that happened to your Grandkiddo..I hate it when kids experience the real "reality" show of life.

Oh- Doesn't that just break your heart? Any way you can call those two girl's homes and casually ask MOM if they happened to FIND a pair of pants that ACCIDENTALLY got put in THEIR luggage by mistake? I hate when that kind of thing happens- Mean girls, indeed! xo Diana

THese girls were friends sleeping over??? UGLY! sandie

Just awful..and so hurtful. Not only a loss of a prized possession but betrayal.
I'm hoping a call to the moms turns up the pants...
I'm just SO. VERY. sorry!

What's the update on this? I think someone should call the moms of the girls, like someone suggested above, and have them check, or ask if they've seen them.

That's horrible! I've never understood girls like that. Karma will get her though.

Let's just pray that the girl did not get her morals from her parents. And that upon seeing the pants, her mom or dad will give her the "3rd degree" as to where they came from; she'll have to fess up and they will demand that she return the pants with a sincere (hopefully tearful) apology!! So sad what this world is coming to!

I'm so sorry for your granddaughter. That is such a hard life lesson but it makes you wonder what kind of life the girl has if she would stoop so low as to steal something that special to someone else. I feel sorry for the girl who did the stealing because I just don't think she could be a very happy person and still do that sort of thing. It will be on her conscience and maybe it will bother her enough that she will confess and return the pants. I really hope so for your granddaughter's sake. I would buy her a new pair myself if I could. That's how bad I feel for her.

That totally stinks! Reminds me of my oldest daughter's so-called best friend when she was about 12. All DD wanted for Christmas was a leather jacket. We splurged and bought her a really nice one. Other than a couple of small things, that was all she received. A couple of weeks later, DD wore the jacket to church on Wednesday night and accidentally left it in the restroom. Went back and it was gone. We searched and searched, but no luck. It was finally determined the "best" friend had taken it. For one reason and another, we never got the jacket back. And, to my daughter's credit, she remained friends with this thief--er, girl.