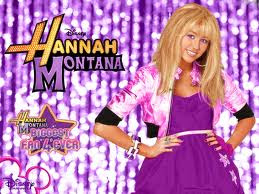 What has gone wrong?

The entire world seems to be slinging a lot of trash talk toward this young woman since her admittedly "raunchy" act at the VMA awards.

Did she have it coming?  Yes.

Was this the first time we've seen young Hollywood starlets behave in this manner?
NO!

Unfortunately we've seen this this sort of thing waaay to often.

Like most everyone else I was totally disgusted by such behavior, at first.  But the longer I thought about it the sadder I became.  I'm sad for her.  I'm sad for her parents.  I'm sad for everyone who loves this young woman and wants nothing but the best for her.  Somewhere along the way Miley has lost track of what makes her so special.  We've seen lots of teens do this, though most of these "melt down's" don't take place on a national TV stage.  It would be simplistic to point the blame finger at her parents.  If the truth were told I'd bet their heart is breaking to see their daughter behaving like this.  If you've ever parented older teens you know that after age 18 there's not a lot a parent can do regarding their child's behavior.  If a child is determined to self-destruct often a parent is forced to stand by helplessly and simply be there to "pick up the pieces" when the child tanks.

This young woman is tanking.

Pretty much how I feel about this matter. Thanks for putting it so well. And yes , you get an "AMEN"

Yes- and shame on her mother who gave her a standing ovation. It is sad but she wants/needs the shock value to be "noticed". It worked- she got lots of attention which (I think) is exactly what she was after. Crazy- xo Diana

Very sad in many ways, but especially sad and confusing for those tween-age girls who were big Hanna Montana fans.

Yes - it's very sad and it's also sad for those he is still influencing.

You are right it all to sad.
Cathy

I often wonder why they hide their REAL talent behind "shock" behavior. If you take away their shock activity, then what talent is really left? Singing, dancing, entertaining? Totally agree with you! Bring on the real talent!

I thought it was very, very sad! I agree that if no one had applauded and just sat in silence, she may have gotten the point. Unfortunately, if my grandchildren are any example, they think all that is so normal. And that makes me the saddest of all!

I am so out of it that I have no knowledge of whatever she did. However, in seeing past items about her and others, I agree with you and am also sad for these girls and for the example ey are setting.

I'm with Nonnie. Since I don't watch TV, I missed this. Part of the reason I don't want TV is I'm not interested in a culture that celebrates exactly what Miley has been led to believe is "normal." Hollywood culture does not promote self-control or wholesome, positive self-image.

Our only works in the film industry she said she is doing it for money and publicity! I thought she got a bundle for Hannah Montana that series, her fiancé is appalled there goes the wedding I guess..She is barely 21 years old, she made a big big mistake, she showed her you know what off, shaked it like a stripper and even stole the show from the singer Robin Thicke, shame on the person and persons who suggested it as a career move..You just cannot do what she did and flourish..How about Tim Tebow oh, my goodness a real life gentleman who loves God and lets everyone know it not that is a great story..he even thanked the professional football team who let him go from the team..He always credits his faith and everything he does to his Mother and Father who were missionaries when they had him in another country. Now there is a real talent and gentleman and lover of the Lord!!!!!!!!!!!!!!!!!!

Hope your daughter has healed up and that miss Haley Kate is doing very fine indeed..How wonderful that you are able and loving to help your children out and loving on taking care of Miss Haley Kate, I read your blog and feel so good after I read everything that happens in your world, god's blessings, have a wonderful first week of September! CiaoX()

Hope your daughter has healed up and that miss Haley Kate is doing very fine indeed..How wonderful that you are able and loving to help your children out and loving on taking care of Miss Haley Kate, I read your blog and feel so good after I read everything that happens in your world, god's blessings, have a wonderful first week of September! CiaoX()